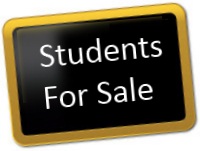 Yesterday a slew of major announcements from Blackboard sent shock waves through the open source learning technologies community. The first was that Blackboard is to acquire two major Moodle Partners – Moodlerooms in North America and Netspot in Australia. The second was that Blackboard is hiring Sakai founder Chuck Severance in an effort to extend its service offering to Sakai as well as Moodle. And as if this weren’t enough, Blackboard also announced its decision to continue supporting Angel VLE, a product it acquired some years ago and was set to discontinue. All of this under the umbrella of the Blackboard Education Open Source Services. Open letters and quotes were published by all involved: Blackboard, BB Learn President Ray Henderson, Sakai’s Chuck Severance, Moodlerooms CEO Lou Pugliese and Netspot Director Mark Dreschler.

Early blog posts have centered around whether this is good for the Moodle and the open source community. The jury will be out on that one for some time, although initial comparisons with Oracle acquiring OpenOffice/MySQL are ill-drawn – in those cases Oracle purchased the actual product and all that came with it, however Blackboard has simply acquired two Moodle service providers, not the product itself!

What really interests me here is the driver for this change in strategy. There is a line in the official Blackboard Press Release:

…we’ve seen first-hand how much the value of the foundational LMS is expanded when it connects with and empowers other systems with core impact for the education experience – mobility, real time collaboration, analytics, campus life and student services, and more. So, we wanted to pursue a strategy that gets us more involved in leveraging the power of these intersections for institutions, whatever LMS choice they make based on their particular needs.

The move into the wider LMS space may have been driven by their reducing market share, as George Siemens notes, but I think this is also part of a different strategy, much bigger and much longer term. With Moodlerooms in particular, they haven’t just acquired a Moodle Partner, they’ve acquired about a thousand Moodle customers in the North American education sector and, maybe more importantly, many hundreds of thousands of students.

It’s not about products, it’s about DATA

And there’s the possible key to this deal: it’s not just about product offerings, it’s about student data. Blackboard understands the market potential of Big Data and are taking major strides in the race towards owning the educational big data market. And it’s a HUGE market: The Economist say that

In recent years Oracle, IBM, Microsoft and SAP between them have spent more than $15 billion on buying software firms specialising in data management and analytics. This industry is estimated to be worth more than $100 billion and growing at almost 10% a year, roughly twice as fast as the software business as a whole.

Blackboard have been among the first of the LMS vendors to make real advances into LMS and Big Data convergence with their Blackboard Analytics product. Expect to see this product to be among the first components to be integrated with Moodle and Sakai so that Blackboard can start mining the institutional data from Moodlerooms’ and Netspot’s customers. In buying up a large part of the North American Moodle market, Blackboard is staking their claim on the vast amount of student data from which they can derive tremendous value over many years to come, quite possibly in ways they do not yet foresee.

Putting this big data strategy into the wider context of Blackboard’s move into Open Educational Resources, it looks like Pearson are the ones in Blackboard’s sights, not Moodle (following yesterday’s announcements, some worries were aired about Blackboard looking to damage Moodle from the inside). Blackboard will instead be looking to counter the threat of the Openclaas platform from Pearson in the OER market and the threat of the Knewton/Pearson big data partnership from taking the lead in educational analytics (using the Openclaas user base to leverage this market).

It’s not about Moodle, or open source, it’s about our children.

So what does this mean for the learning technologies community? I think there is one big question that we now need to ponder, and it’s not about Moodle, or open source, it’s about the implications of big data in our schools, and productising our children.

Jaron Lanier gave what turned out to be quite a timely keynote at the Learning Technologies 2012 conference a few months back. In it he explained that while many of us sign up for  free services from Google and Facebook, a few CEOs at the top of the chain behind massive server farms make unimaginable sums of money by mining the personal data which we give freely about our website usage, our social connections, our whereabouts, and so on. When we sign up for those services we make a conscious decision that we are willing to give them that data in return for a free service which we perceive has enough value to warrant us doing so. As adults we are capable of making that decision, and by opting-in we are giving our permission for our private and personal data to be sold to the highest bidder. In this new world, the user is the product. In our quest for short term value (social connections, web searches) we have sold ourselves.

There is now a race, principally between Blackboard and Pearson, towards owning the educational big data market. Information about attendance, assignments, grades, friendship networks, student messages, forum posts and anything else the LMS handles will be available to pore over, look for connections, make sense of and sell on to advertisers, researchers and other interested parties. As adults, we sold ourselves to Facebook and Google in the knowledge that we derive value from their services. The question we now have to face is: are we willing to sell our children too?