I attended and presented at my first iMoot last week. For the uninitiated, Moodle Moots are regional conferences and the annual iMoot is a 4 day online conference extravaganza with round the clock sessions! I did two sessions on building and deploying mobile learning for Moodle which you can view on Slideshare.

Most sessions were done twice at different ends of the day to cater for an audience across 22 different time zones! The session attendances were lower than I had expected but you could only really tell through chat activity as the participant numbers were not shown, maybe everyone was just being quiet. Both my sessions struggled to get over the 20 mark which felt a little disappointing, however the audience watching the recorded presentations was clearly higher as my Slideshare stats showed over 600 views in the hours following my first session, although for the second session we moved it to the Epic Slideshare account where it has since has over a thousand views. So good numbers all in all. The nature of these online conferences is obviously very different from a regular conference. Kudos to the organisers for recording every session using Adobe Connect.

I focussed on two parts to my presentation. First I showed the mobile learning authoring tool we built at Epic called GoMo. Its a credit to the team who built this that I first used the tool only a few days before the iMoot but was ready to give a public demo so quickly. Very easy to use. I built a small mobile learning module for smartphone and tablet.

The next part of the presentation was deploying this to a mobile friendly Moodle 2.2 site. We use the fantastic MyMobile theme that is built into Moodle 2.2 and caters for tablet and smartphone screen sizes. Its not truly responsive as you basically deploy a separate theme for desktop and mobile, but it achieves the same end result in displaying different layouts for desktop, tablet and smartphone.

One of the reasons I focussed on the authoring as well as the deployment was that during the Dublin Moot I was struck by the lack of discussion around content authoring and the SCORM resource type. So it was good that some of the Q&A from my sessions focussed on the advantages and disadvantages of using SCORM for different types of learning interactions. Given I work in an elearning production company that has to be largely LMS agnostic we are very focussed on using SCORM as a means of achieving interoperability between LMSes. As I had hoped there was some appetite to talk about this in the iMoot session chat. So I plan to explore the Moodle/SCORM topic further via the blog in the future.

Many thanks to Julian Ridden and the iMoot folks for a great online conference! 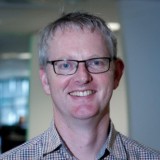