I spent two days last week at the Learning Technologies 2017 exhibition, working on the LEO stand (below). This annual event is split over two floors, with a paid conference upstairs and free exhibition downstairs. The stand was really busy for both days and the whole team came away absolutely exhausted, but I did manage to wander around the exhibition looking to see what the trends were this year and seeking out interesting new products.

What was the vendor buzz this year?

Clearly augmented reality and virtual reality are coming of age this year. VR has been around for decades but is only now entering the consumer market and becoming accessible to a wide audience. The devices and demos were a big draw on lots of stands from specialist VR and Simulations training vendors such as Preloaded on the LEO/LTG stand, Immerse Learning, SiyonaTech and Elearning Studios. Other non-specialist vendors like Sumtotal/Skillsoft and Kallidus were also getting in on the act with lower-end CardboardVR demos and giveaways. Most of the above were also showing 360 video, it is funny to see that coming around again as it was all the rage when I started my career in interactive media 20 years ago! 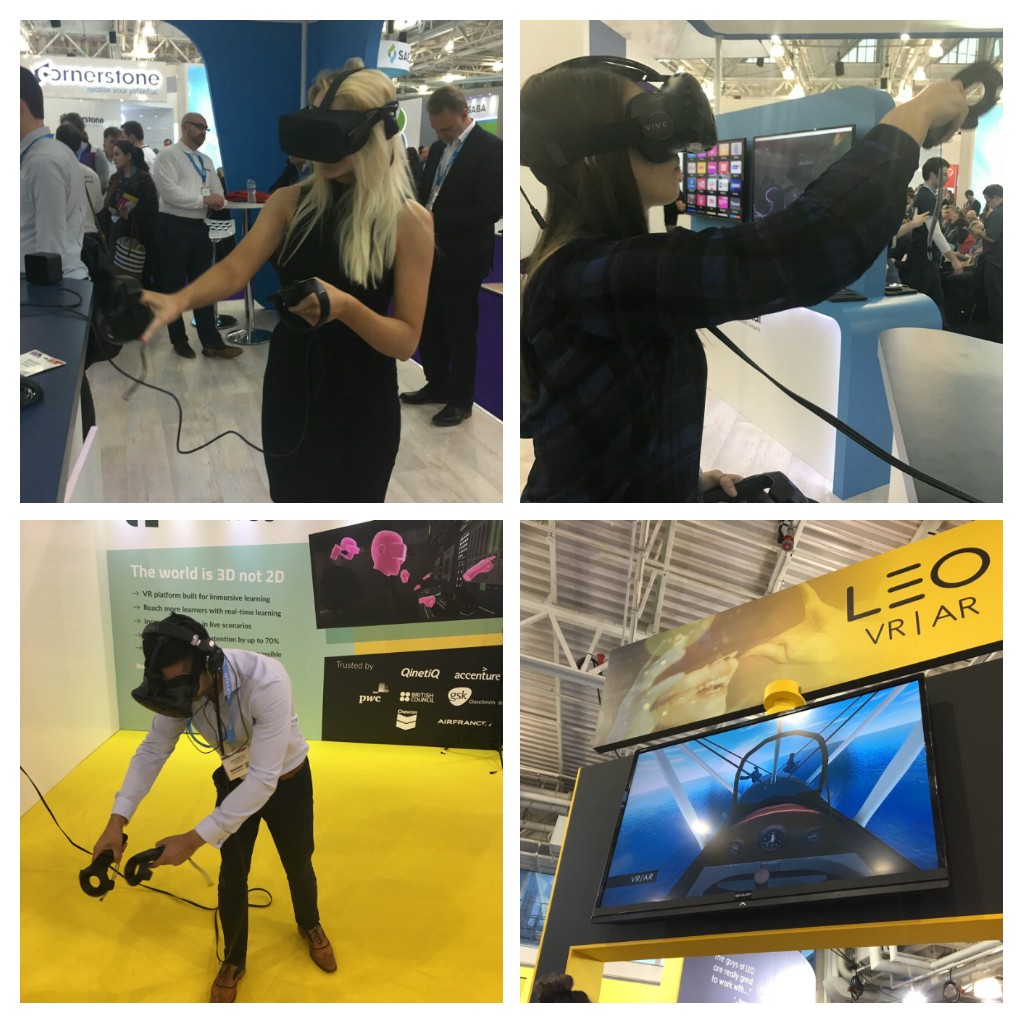 There was much less Artificial Intelligence (AI) hype than I expected, which was a surprise as on my last visit 2 yrs ago there were quite a few vendors boldly proclaiming how great their algorithms were, I guess they’ve since realised that AI is actually very hard! The vendors who ARE doing stuff in this space – Wildfire, Knewton, Cogbooks, RealizeIt, Clevara – were notably absent. This is an expensive show to exhibit at, maybe they are still too young and are pumping their money into R&D, or are targeting other markets like education rather than workplace learning. Filtered (or rather, their Globalfilter product), was one notable example in attendance though, doing some interesting stuff in the adaptive / personalised / recommendations space, call it what you will. Lots of AI talk upstairs at the conference apparently though, definitely a ‘watch this space’ downstairs on the exhibition floor.

xAPI has been a growing presence for a few years now and was cementing it’s place in the scheme of things this year. Watershed and Yet Analytics both had stands for the first time, Rustici were in attendance via the LEO/LTG stand and HT2 were back with a bigger presence then ever and with various industry bigwigs presenting directly on their stand. There was an ‘xAPIgo’ game going on around the show where people were invited to try out xAPI based products from a range of 13 separate vendors from LMS, learning analytics, authoring tools and social platforms, with data all feeding into Watershed LRS on their stand. Clearly xAPI continues to move from concept to adoption. An xAPI ‘barcamp’ event in the evening was also well attended for those wanting a more geeky xAPI conversation! 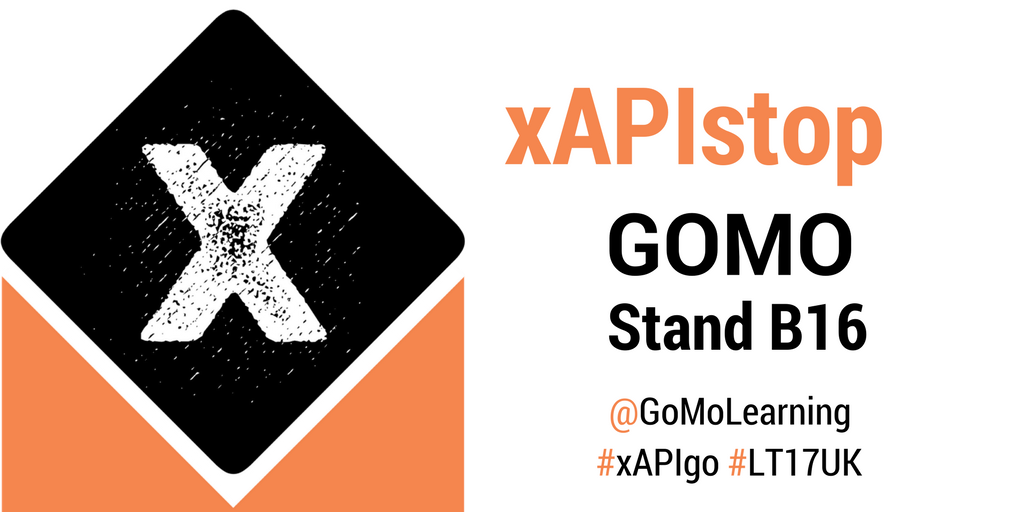 My stand’s bigger than your stand!

Out on the floor, Cornerstone and Saba had a big presence as you’d expect from the market leaders in the corporate LMS sector, but up and coming Kallidus were noteworthy for a monster sized stand, a clear statement of intent to play with the big vendors. 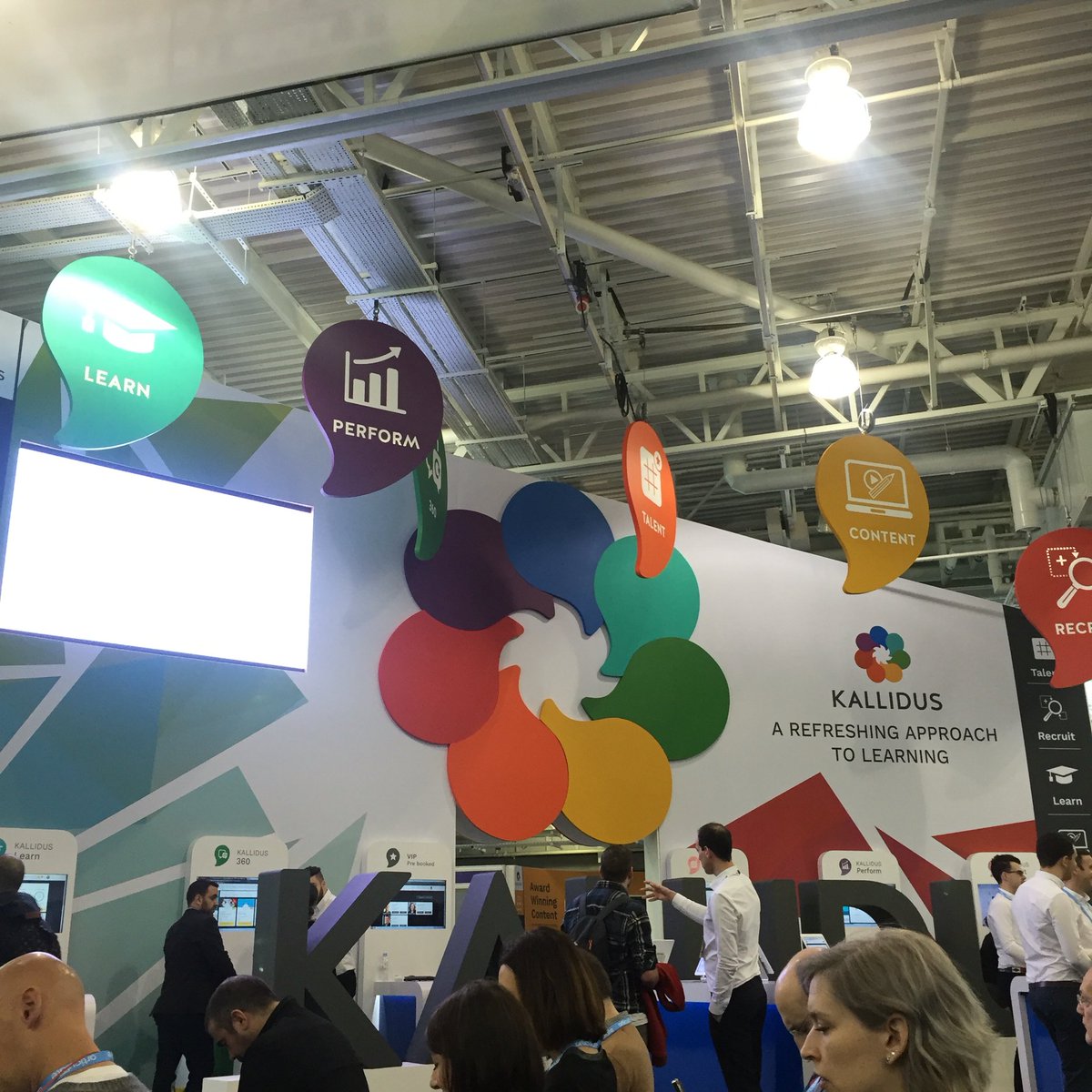 Fuse again had a big presence near the entrance, bright pink with masseurs at the ready, a formula which clearly works for them given their continued growth and success. It was also good to see up and coming cloud LMS vendor Docebo growing their presence , and you couldn’t miss Growth Engineering, although if anyone at LEO ever makes me go on the stand in a superhero outfit I’ll say it right here that’ll be the day I hand my notice in! Poor sods, although in fairness they seemed to be enjoying themselves. 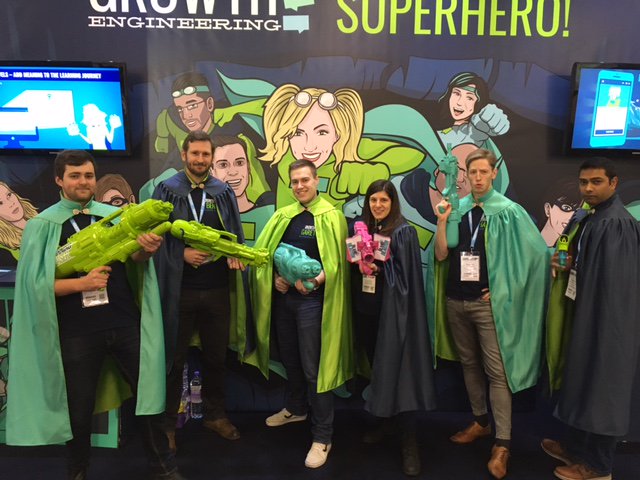 On the authoring front, Adobe’s stand was small and tucked away after a very big presence in previous years. Articulate had a big presence as you’d expect while contenders Gomo were looking extremely busy. Adapt joined the fray for the first time with a small stand on the edges, it was great to see open source authoring making its Learning Technologies exhibition debut, they have a lot of partners now and were on the hunt for more.

I won’t blab on about our own LTG/LEO stand, suffice to say it was a pleasure working on it! The marketing team did a superb job of the stand design which had some kiosks showing a few ‘serious games’ from both LEO and Preloaded teams, a VR/AR demo area which generated a lot of interest and kept the Preloaded team busy, an open area for general conversations and a semi-closed meeting space to get some peace and quiet for more in-depth conversations. It all certainly did the trick and we had some great conversations.

It feels like it’s been a stagnant few years at Learning Technologies previously so it was great to see lots of new companies attending for the first time and some interesting products being brought to market. Ones I will following up to look more closely at were the aforementioned Filtered with their adaptive learning system,  TellUs who were doing a very nice line in interactive video authoring, Wootled! who had an interesting looking question and response system for live learning events and Wranx who had an impressive looking product for delivering ‘spaced practice’ learning.

Events outside the conference centre

It was also interesting to also note who was NOT there at the exhibition but were there in other ways. Brightwave had no stand but did have people there in quantity, investing instead in a report launch at a breakfast event on day 2. Lumesse also did not exhibit but instead had a whole other venue booked for their all-day Learning Lounge with an excellent line up of speakers including a bunch of my current and ex-colleagues including old Epic pal Sam Watts who has reinvented himself as VR Guru, Donald Clark who kickstarted my career by giving me my first permanent job at Epic, another old Epic pal John Helmer as compere looking very dapper in his three piece suit and current LTG colleague Mike Rustici also on the speaker list. If I wasn’t on the LEO stand I’d have definitely been trying to blag a ticket! Plus there were two barcamp events organised by LearnPatch at the local pub on the evening of Day 1 which sounded well attended and engaging. It’s nice to see the conference and exhibition expanding out of its formal space, which is pretty normal at other major events, so maybe we will see more of this in future.

All in all, it was great to see what’s going on across the industry, meet old friends, make new ones and spend a few days with our colleagues from across the business and the world. But ultimately it’s a sales event, and it was completely bloody knackering – my feet and voice were all but dead by the end of the two days. I guess the hard work really starts now though, as we turn all those leads into solid work  🙂